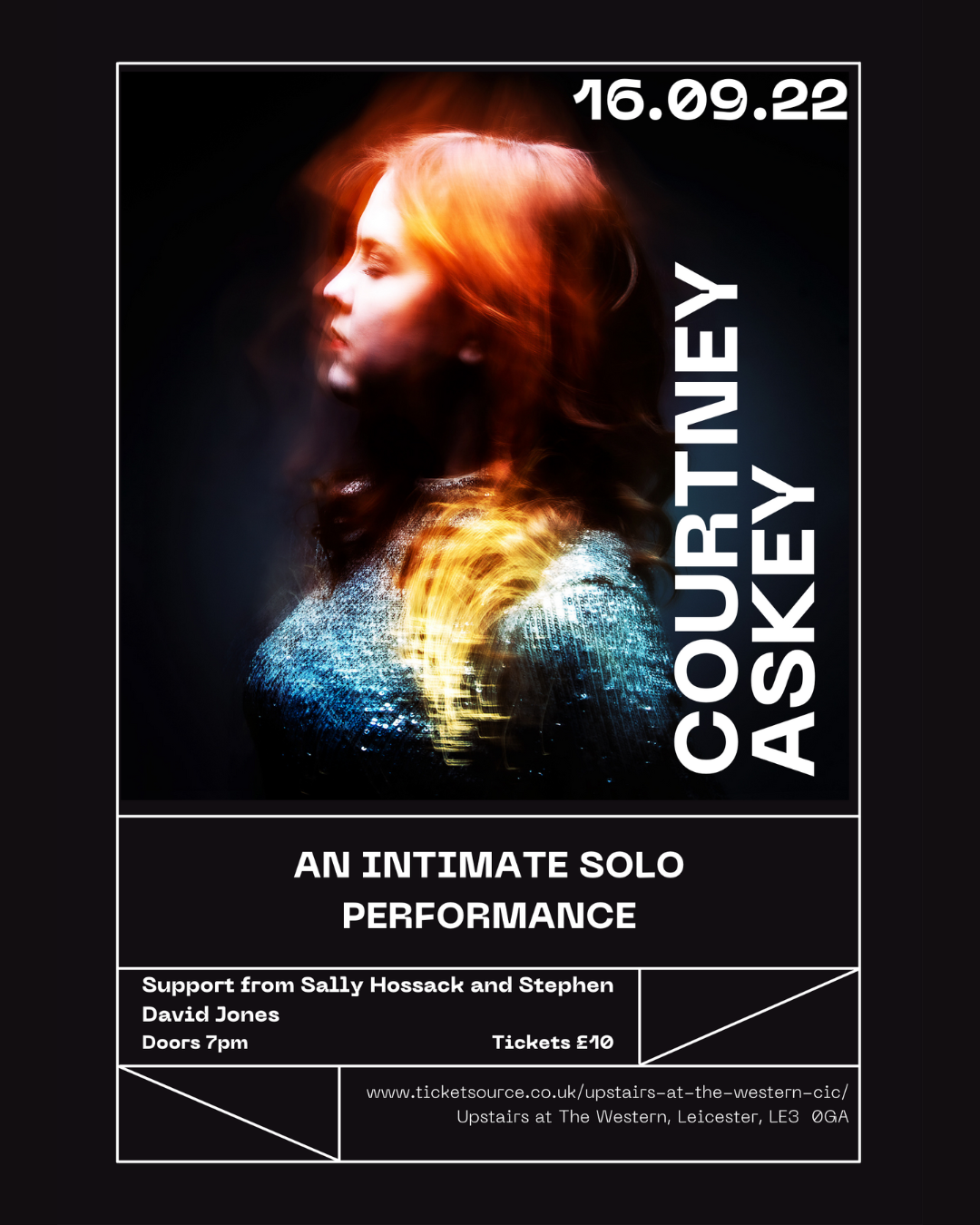 Courtney Askey is a musician, artist and writer based in Leicester.

She writes songs imbued with storytelling and melodrama, tinged with influence from folk to shoegaze to garage rock. For this intimate show Upstairs at The Western, Courtney will be performing new unreleased songs, and songs from her 2017 album, ‘Oh! Softly Goes‘. The new single ‘Near Heaven’ produced by The Subways’ Billy Lunn will be released this Autumn on Earwig Records.

“Imagine the dark melodrama of Nick Cave with the briefest whisper of PJ Harvey and the Lo-Fi grunge guitars of Sleater-Kinney and you’re getting close to something resembling Courtney Askey’s musical output thus far.” (Great Central)

“Adding a gothic spin to folksy tales, Courtney’s honey-coated vocals lather mesmerising but taunting riffs in hypnotic songs that rip out your heart. Lo-fi and grungy, there’s an angelic essence to the melancholic darkness that descends across her debut album; ‘Oh! Softly Goes’.” (Unidays, The Edit)

Doors open at 7pm and performance will begin from 7.30pm.