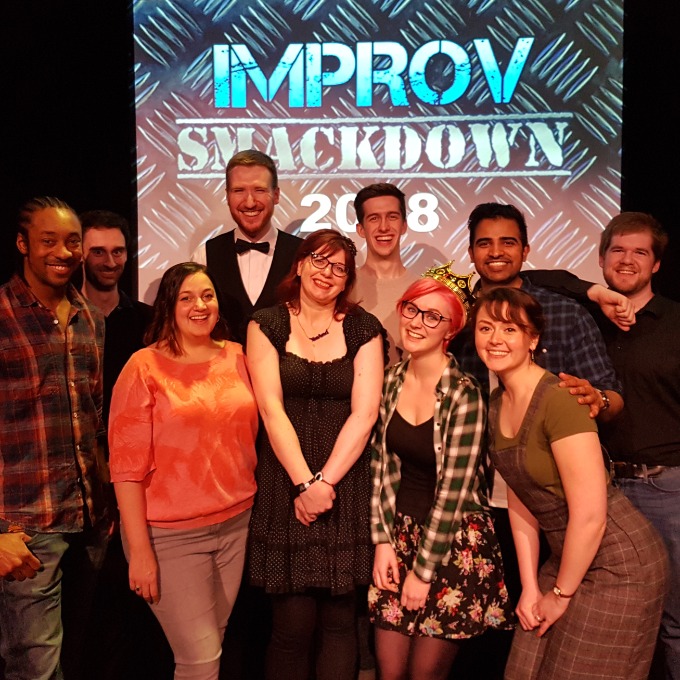 The Same Faces are proud to present Improv Smackdown 2023, returning to Leicester for a seventh year.
Refereed by The Same Faces’ own, Tom Young, 8 of the country’s best improvisers go head-to-head, in order to be declared the Smackdown Champion of 2023. But here’s the twist: it’s an improv show, so they have to work together!
Reigning champion Rick Falcon will be back to defend his crown, but can he retain it for a second consecutive victory?