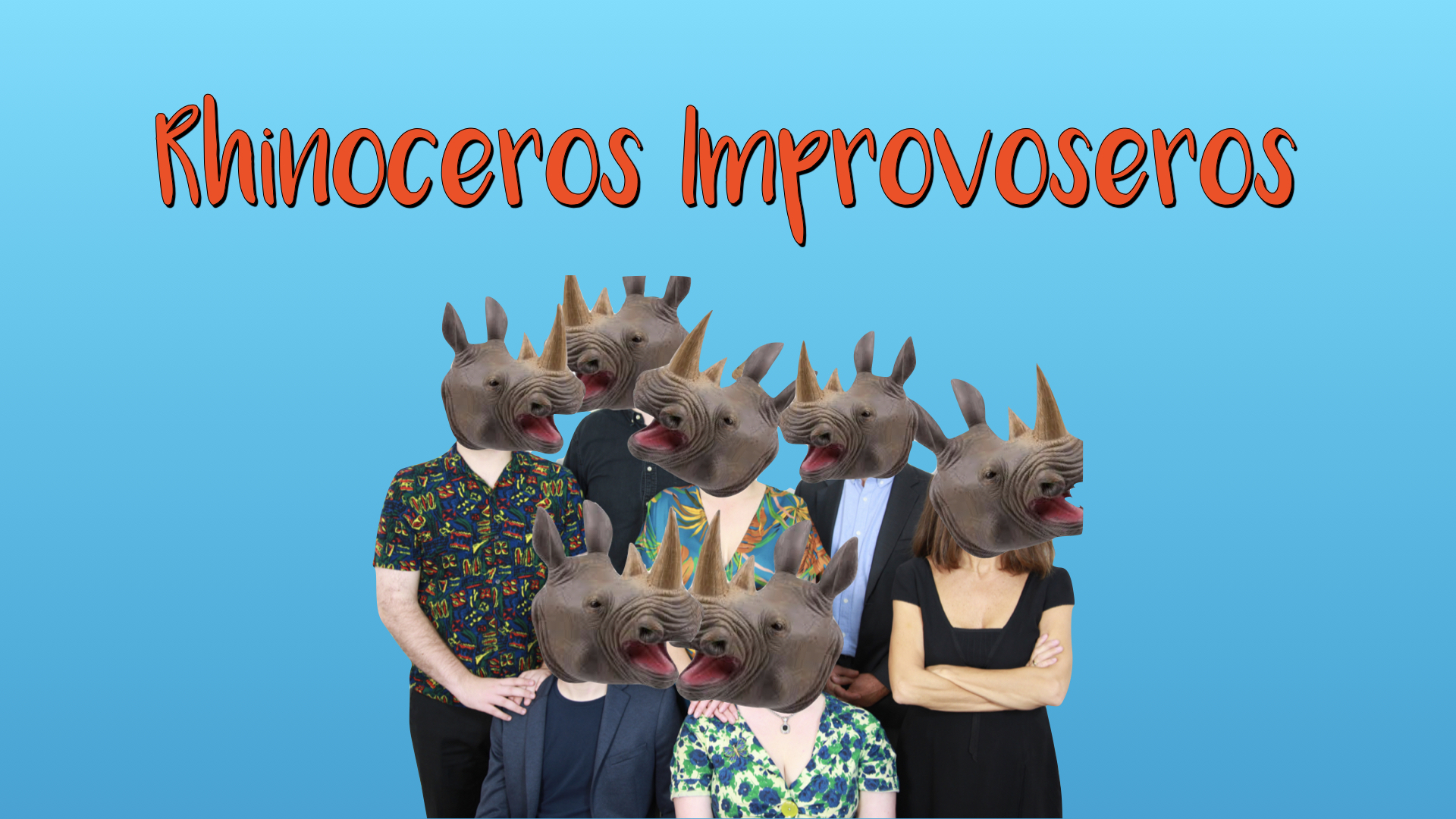 The Rhinos make up witty scenes and hilarious characters creating unique improvised shows with their effervescent signature style. It’s like watching an episode of ‘Friends’ but without the nice tooshies and hairdos. The team is made up of comedians, actors, writers and creatives working on stage, screen, tv and radio and they have been thrilling audiences with their improv across the comedy circuit for three years.

Each show is entirely unscripted,unrehearsed and underwritten by twits.