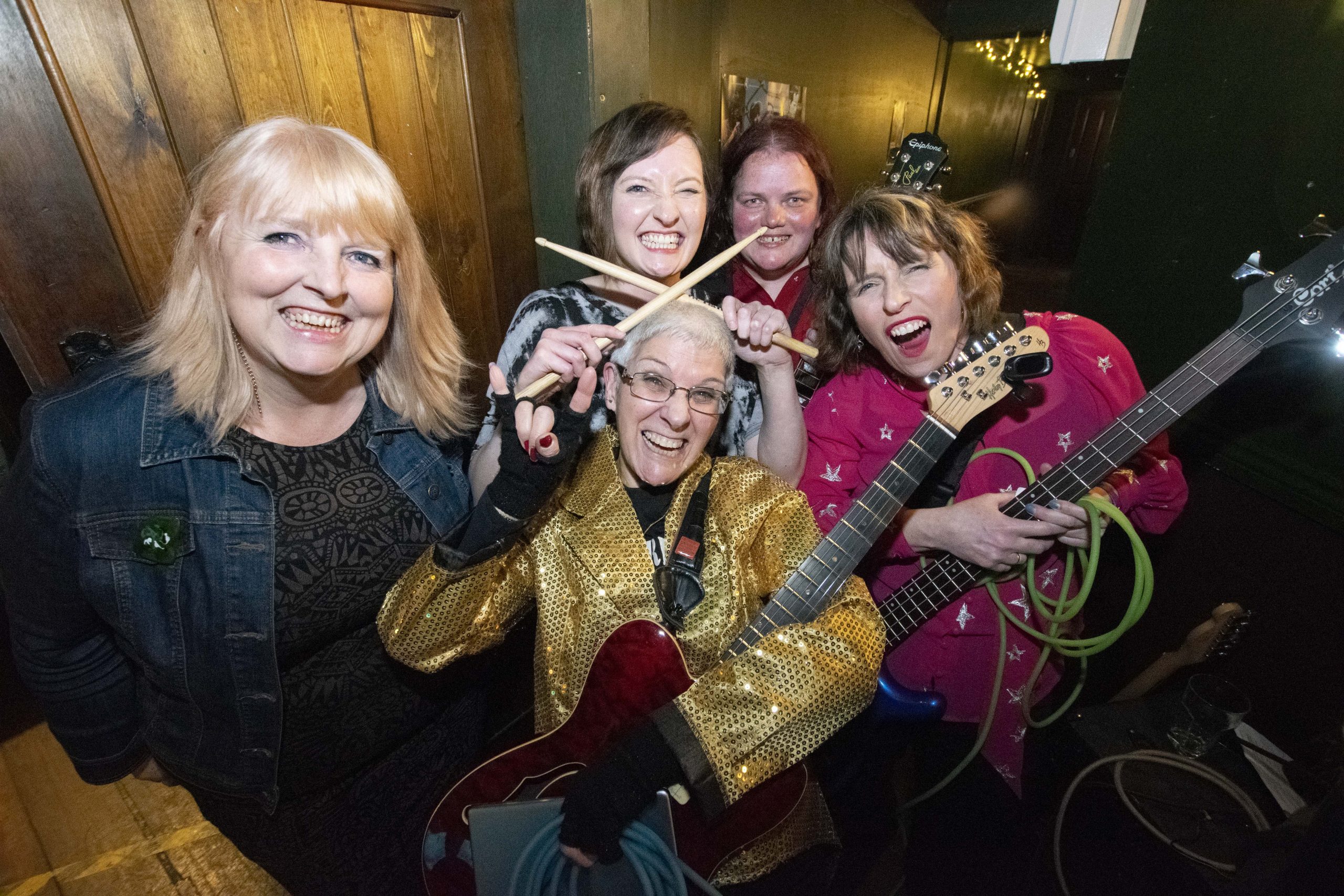 In May last year, Ruth wrote some one-chord songs and gathered a bunch of beginners, who named themselves The Verinos and quickly gained a lot of interest.

From 5.30 – 6.30pm, there’s a chance for women to have a go on drums, bass, guitar and to join in an Unglamorous Music workshop.

Then at 7.30pm, the show is open to everyone; Ruth will introduce the bands and find out how they wrote their first songs before they play.

You’ll see and hear the energy, wit and camaraderie that makes this Leicester Unglamorous music scene so fascinating and different.

“This project has opened music up for me, I’m loving playing with a band (with all the gear!), and discovering that I can write songs! I’m 70, and sometimes feel I’ve left it all too late, so I’m going to embrace all this while I’ve still got time” – Steph from Velvet Crisis

Tickets are £8 in advance and on the door